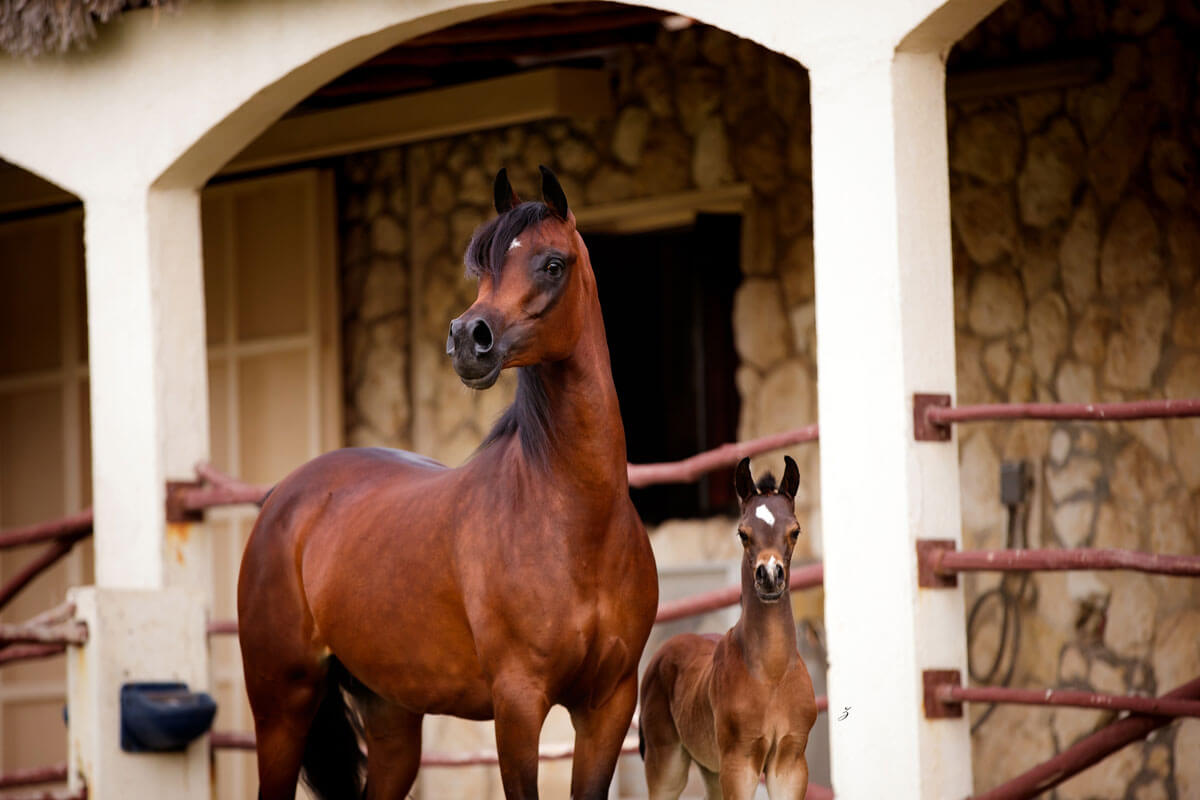 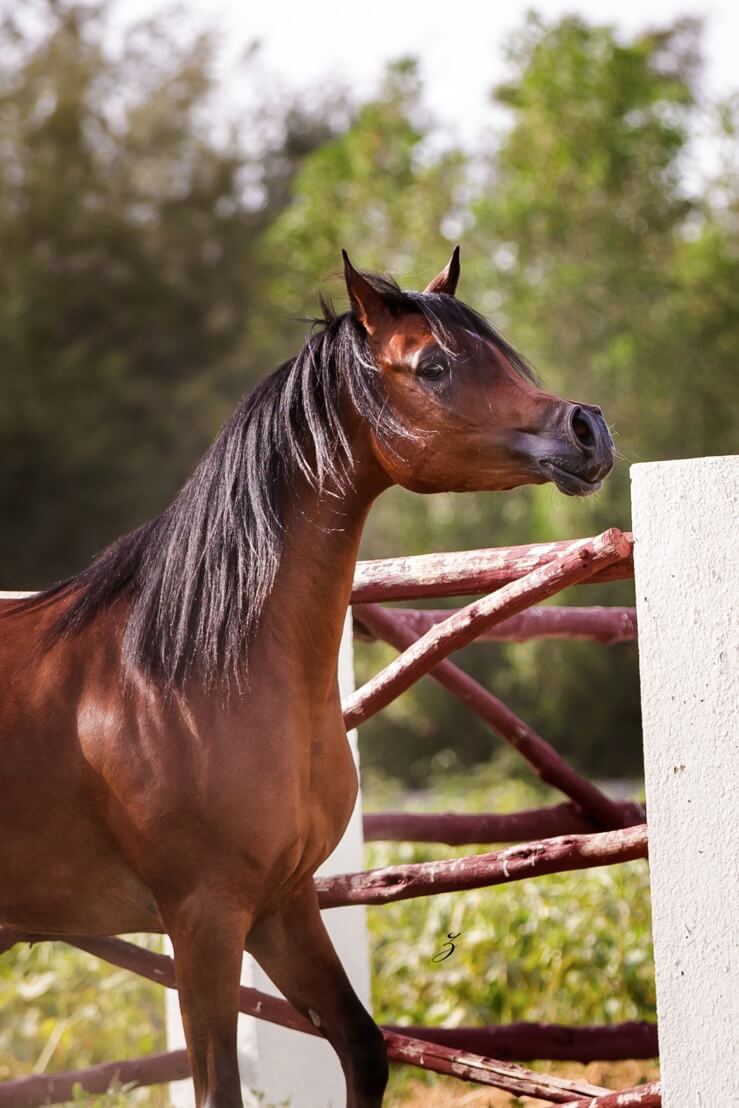 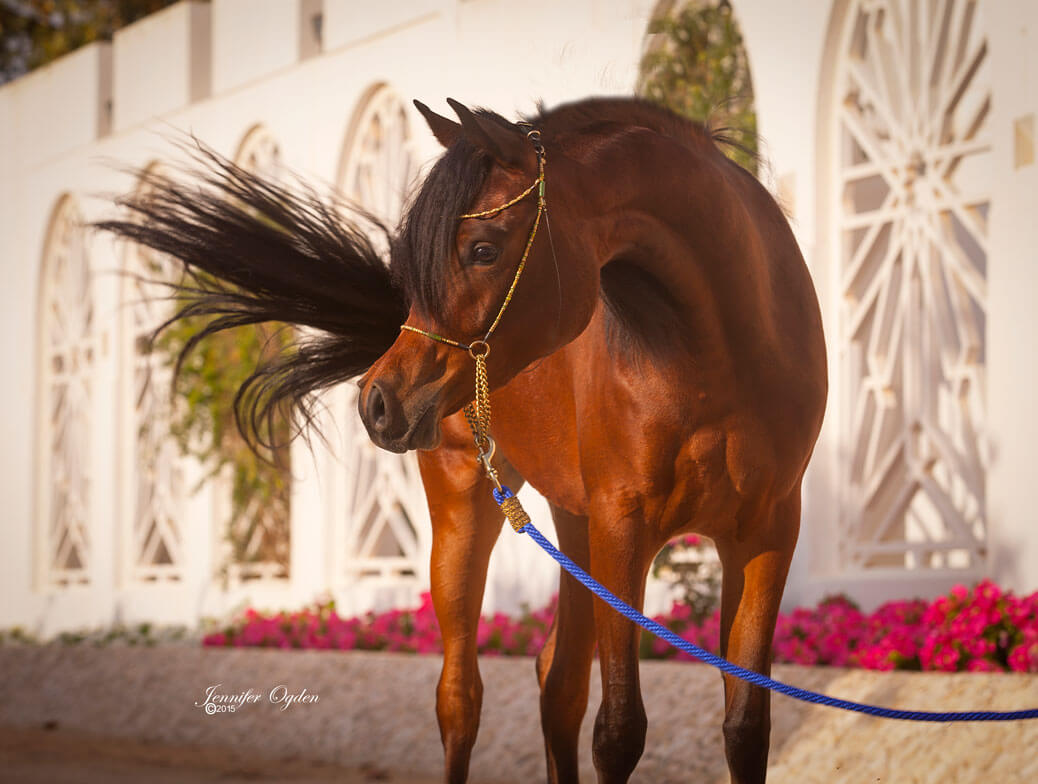 Hiyam Al Jood is one of the first mares bred by the Al Jood breeding program.
She is the result of a paring that happened in South Africa, where Al Jood Stud acquired Hiyam’s dam, FS Hibah El Perseus whom was shortly after bred by Al Jood Stud and confirmed in foal to Magic Dream cahr, shortly after she was exported to France where she foaled Hiyam Al Jood.
From France their ways separated as Hiyam Al Jood made her travels early on to the Al Jood home farm in Qatar, and Hibah went on with her journey to the USA where is became a breeding mare for Al Jood in the following years.
Hibah herself a refined 2008 born daughter sired by Perseus El Jamaal, she is typical of Brazilian breeding, a tall, bold moving, correct mare embodying the conformation of Ali Jamaal and the blow and snort of Bey Shah, characteristics appreciated around the world which she produced in her daughter Hiyam.
Hiyam’s sire Magic Dream has to be one of the most influential sires Canada has ever produced. A direct son of the all time great Ali Jamaal out of the enticing dam The DreamSpinner by Aristo Kossak. He is a U.S. and Canadian National Top Ten, Scottsdale Champion and sire & grandsire of numerous National and Scottsdale Champions, Magic Dream has left his mark in the history books. His foals have gone on to fantastic success in the show ring and their importance is well recognised in breeding programs around the world.

So far Hiyam has proven to be a remarkable mare giving the best of herself to the next generation for the Al Jood program.
In 2018 she foaled an exquisite bay filly that was named Haneen Al Jood, a filly sired by Hakeem Al Shaqab, a direct son of the legendary Thee Desperado and out of one of Marwan Al Shaqab’s best daughters worldwide Abha Myra out of ZT Ludjkalba. The cross was so unique and worked so well that we tried it one more time and were rewarded with a beautiful full sibling colt in 2019 named Alada’am Al Jood.
Two extremely high quality foals that are just the beginning for this exciting lineage.